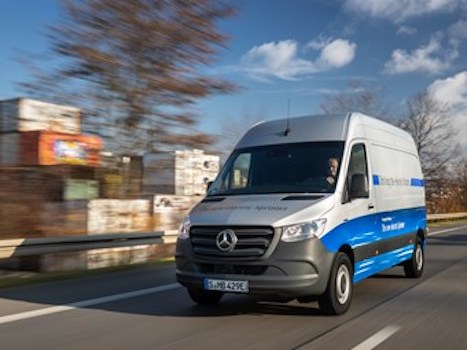 The new model is out from March 2022 onwards, with first vehicles arriving for sale in May

Mercedes-Benz has released its new model of the Vito van which features an engine from the powertrain portfolio of other Mercedes-Benz cars.

The Vito has an OM 654 four-cylinder engine and will be ready for sale from May onwards.

The benefits of the OM 654 engine include:

This OM 654 engine now becomes standard on all Vito 116 and 119 variants with the same power and torque outputs.

Other specifications, including DISTRONIC, tinted windows and all-season rubber floor mats, have been added to the new Vito line.

Mercedes-Benz have also changed the name of their Valente model to the Vito Tourer as it changes to the new engine and transmission, with 17-inch alloy wheels also being added onto the model.

The renaming aligns it with the global naming convention for this product line and future products, including the eVito Tourer, which is set to arrive later this year.